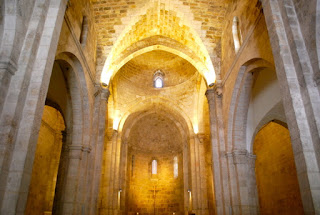 1 Corinthians 1:10-18
Now I appeal to you, brothers and sisters, by the name of our Lord Jesus Christ, that all of you be in agreement and that there be no divisions among you, but that you be united in the same mind and the same purpose. For it has been reported to me by Chloe’s people that there are quarrels among you, my brothers and sisters. What I mean is that each of you says, “I belong to Paul,” or “I belong to Apollos,” or “I belong to Cephas,” or “I belong to Christ.” Has Christ been divided? Was Paul crucified for you? Or were you baptized in the name of Paul? I thank God that I baptized none of you except Crispus and Gaius, so that no one can say that you were baptized in my name. (I did baptize also the household of Stephanas; beyond that, I do not know whether I baptized anyone else.) For Christ did not send me to baptize but to proclaim the gospel, and not with eloquent wisdom, so that the cross of Christ might not be emptied of its power. For the message about the cross is foolishness to those who are perishing, but to us who are being saved it is the power of God.


Paul writes to the church in Corinth during a time of deep division. Tribes have formed around particular leaders. Believers are following the one who baptized them—Cephas, Apollos, and Paul—instead of Christ, in whom they were baptized. Members of the church in Corinth have turned to their corners and divided into camps.

In the US this weekend, indeed this whole year and this time in history, the state of the church in Corinth sounds too familiar. Many are calling it the divided states of America.We’ve seen a new president inaugurated one day, and millions of marginalized people protesting the next. We’ve heard from two camps that, in some ways, both feel they haven’t been heard in society. Even as diversity continues to increase in this nation made for immigrants, hate crimes against people of color, immigrants, and muslims are also on the rise.

And so this text may be a fitting one for us to read this weekend, but its message is also a difficult one to hear in a divided time. In a diverse world, I know that many families and communities find it difficult to talk about politics for fear of disturbing the peace. There are such intense feelings on both sides of a divided society that it is far easier not to discuss it. If we’re going to talk about our differences at all, there’s a tendency to use Christian unity as a band-aid, a convenient way to smooth things over and avoid the real issues of our diversity.

I’ve spoken before about my trip to the Middle East in seminary. I’ve been thinking about it a lot lately not because of the places I traveled but because of the people I traveled with. It was a bus full of tribes. There were five or so students from five or so seminaries, 35 students preparing to be ordained in the next year, along with a few community members to add to the diverse collection of ideas and understandings of the world that each of us brought. There were students representing the Southern Baptist Church, the African Methodist Episcopal Church, the Presbyterian Church (USA), the Methodist Church, the Unitarian Universalist Church, and the United Church of Christ. The group even included a few agnostics and a person of the Jewish faith, who was also a 70-year-old baton-twirler, I might add. Among these students and community leaders were people of various cultural traditions, parts of the country, sexual orientations, and genders.

We were a bus full of passionate, opinionated, emotional people, traveling through checkpoints and across walls of hatred and conflict between religions, between peoples of God, in the land Jesus once called home. Needless to say, it was an intense 3 weeks. It was not all roses and unicorns. It did matter to all of us that we thought differently.There were many conversations in which we were deeply hurt by the perspectives of others, and frustrated, asking ourselves if unity in the world was possible at all.

I will always remember a conversation with one of my Southern Baptist brothers in which he tried to rescue me from entering ministry because he worried I just wouldn’t be able to handle it as a woman. He also worried aloud about the health of my marriage because of my career-minded attitude. My African American friends faced some tough conversations as well, as did almost everyone on the bus. There were countless discussions about race, politics, religion, and sexuality. There was really no way of getting around it on this bus for 3 weeks.

But between the conversations, we shared every meal together. Between the conversations, we shared our stories. I shared my call story and with my Baptist friend. I listened as he shared his convictions about salvation. I listened to the stories of my African American classmates about their experiences of racism in their daily lives and in their preparation for ministry. Upon hearing the testimony of another, I've learned, it's hard to deny the truth and importance of another's story.

In times of division and misunderstanding, the only way around is through. I learned that unity in Christ does not give us permission us to stop listening to one another about what really matters in our lives. When we do take time to see things from an alternate perspective, I believe that in that mess, through the Holy Spirit, we recognize the fact of our unity—we are bound to one another. We cannot retreat into our corners, because the story of one of us matters to the stories of all of us.

It is relationship, story, conversation,  and sharing that we can experience the true meaning of our unity in Christ. Otherwise, our unity is false unity and our peace false peace.

Martin Luther King, Jr, whose birthday we celebrated this week, said in 1968,
“We are tied together in the single garment of destiny, caught in an inescapable network of mutuality. And whatever affects one directly affects all indirectly. For some strange reason I can never be what I ought to be until you are what you ought to be. This is the way God’s universe is made; this is the way it is structured.”

Paul refers to his hearers as brothers and sisters, over and over and over again. Brother can sound like an innocent enough word and idea—we’re family in Christ, and this is a lovely image. But no matter what family we’re in, we can likely all recognize that family relationships are not always lovely and easy. Our family relationships can be the most contentious in our lives. Family members can abuse one another in word or deed, betray one another, and abandon one another. Civil wars are often spoken of as battles, brother against brother.

We have a blood bond with our families. We love them with everything we are. But when we disagree, we have to reconcile the deep love we have for one another and the pain we can cause one another. It’s easy for brothers to assume they know one another while failing to truly listen.

And so Paul’s claim that in Christ we are brothers and sisters is not as easy to live out as it sounds. The fact that we are brothers and sisters does not mean we can ignore our differences as we seek God’s justice in the world. It does not mean that we are all the same, but that we are by nature connected…connected in the life of the one who died for us. The cross of Christ is serious business, Paul says, because of the radical unity to which it calls us.

Christ is undivided, and so, since Christ died for all of us, we are inextricably bound together. The sister behind a wall in Palestine, the brother trying desperately to feed their family in Mexico,
the brother who just lost their job in Michigan, the sister who waits on death row, the sister trying to find a safe place to escape the violence in their land—we are brothers and sisters.
We are bound together, like it or not. What impacts the life of one impacts the lives of all of us.
This good news should change our living. With this good news in mind, we have the responsibility as disciples to listen to our brothers and sisters, to listen when one is hurting or hungry, marginalized or oppressed, imprisoned or ignored. We have a responsibility to get into one another’s shoes and to get into the shoes of Jesus, to love who he loves, and proclaim this to the world. We, like Paul, are not called to live in a false peace, but to proclaim the power of the cross in the midst of division. We are called not to speak pretty words that will make everyone happy but profound ones that reflect the depth of our faith.

Unity in Christ means that we have to get out of our corners, listen, and share. This is no small task—this is hard work in such a divided society. But Jesus' ministry and his death were no small matters either.

On the last week of our trip around the Middle East, our group arrived at Jerusalem’s city gates
and stopped at the Church of St. Anne. The church is an ancient landmark, built in the 1100s over the supposed birthplace of Mary. The church is known for its acoustics, but as we entered we were not in the mood for talking, too tired of debate. After several minutes of silence, though, three of our group members got up calmly and stood at the front of the church, facing the chancel with their backs to us.
They were the three singers in the group, but also three who had hurt one another time and again on the trip, so many times, I guess, that they seemed to know what the others where thinking as they got up and started singing together. They sang in perfect harmony. Their voices were different, but they sang in perfect unity, looking up to the high ceilings of the old stone church. For over 30 minutes we listened. Travelers from all over the world who stopped into the church while we were there sat in silence too and listened to this unlikely singing group from three different corners of our bus.

The fact that Christ is undivided means that we are brothers and sisters. It means that we are responsible for being in relationship with one other, especially with those who are different from us, even at the expense of our own comfort. We follow a God who did this in life and in death, Showing us the radical nature of our unity.

Colonial Heights Presbyterian Church
Welcome to our Church Blog. Here you can find thoughts, prayers, poetry, and questions for people of all ages to engage with Scripture in preparation for worship.